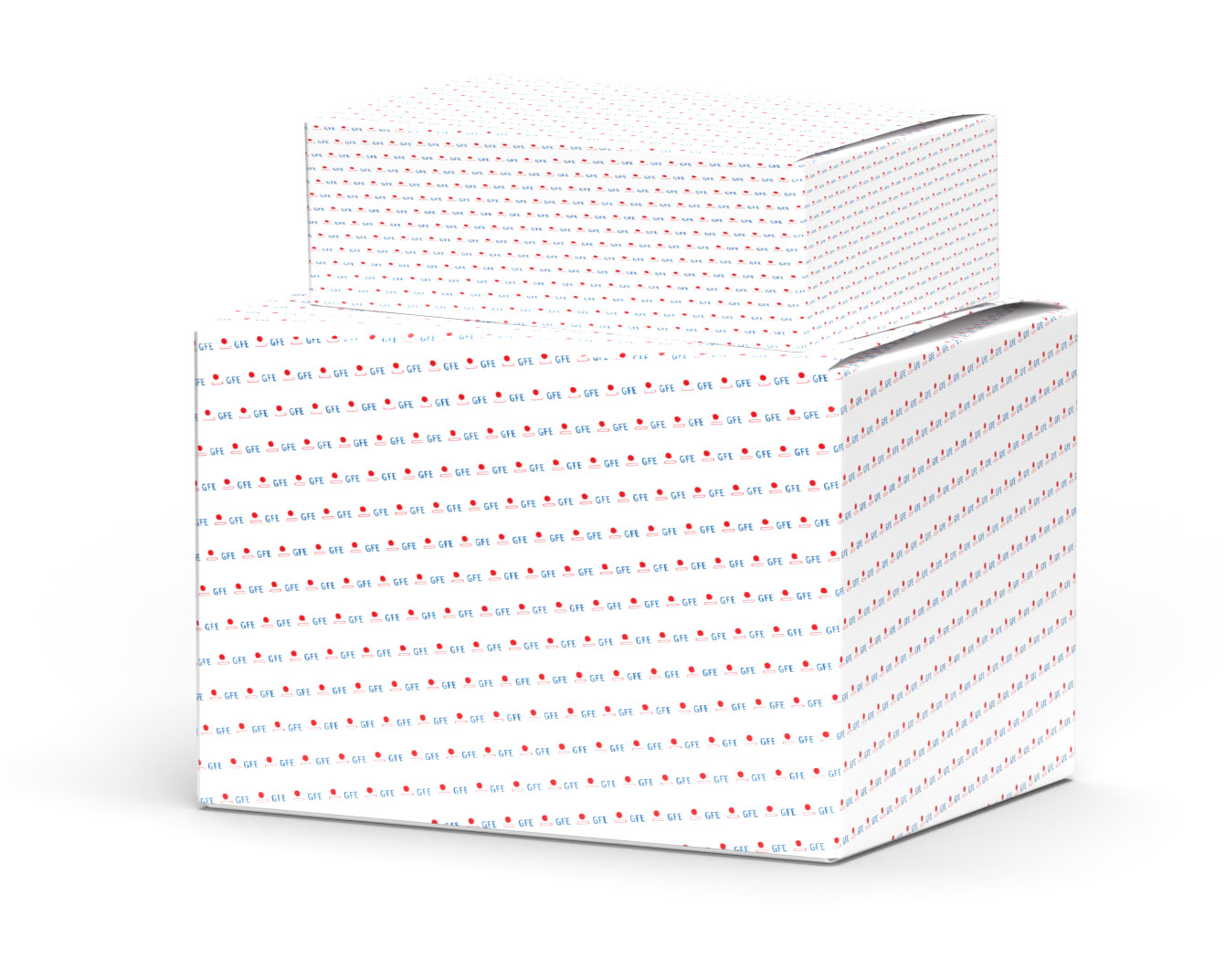 The PoET PCR kits are CE-marked in vitro diagnostic test kits for the qualitative detection of viruses in human plasma samples taken in the context of blood donations. PoET Kits are intended for the screening of individual samples and sample pools comprised of aliquots of individual samples. In addition, the kits are suitable for the qualitative detection of viruses in individual human plasma samples. The processing of PoET PCR Kits is carried out with PoET Instrument.

The hepatitis C virus (HCV) is a single-stranded positive-sense RNA virus, the genome of which is composed of approximately 10,000 nucleotides and encodes a single polyprotein of about 3,000 amino acids. HCV can be transmitted via blood and blood products. There is no vaccine.

The incubation period of hepatitis C is 2-6 weeks. The course of acute hepatitis C is generally mild; approximately 75% of all infections remain anicteric. However, in more than 50% of cases the course of the infection is chronic. After 5-10 years, there are indications of cirrhosis of the liver in around 20% of the chronically infected. HCV is probably involved in the development of primary hepatocellular carcinoma, with a critical significance being assigned to cirrhosis as a cofactor.

Because of the very long lasting asymptomatic preseroconversion phase of HCV (diagnostic window), in which the viruses circulate in high concentrations in the blood of acutely infected persons without clinical symptoms occurring or antibodies being detectable, nucleic acid amplification testing (NAT) has been introduced in many countries for the detection of virus contaminations in blood donations, in addition to antibody testing. Using RT-PCR (a special form of NAT) it is possible to shorten the diagnostic window in the preseroconversion phase from a previous average of 60 days to just a few days. Depending on prevalence, it has thus been possible in some countries to reduce the risk of HCV infection in transfusion recipients by some orders of magnitude.

Two billion people worldwide are infected with the hepatitis B virus (HBV). Most infections are acquired by sexual, house-hold, or perinatal transmission. However, transmission by blood and blood products may occur despite serological testing of blood donations at least in countries with a high prevalence.

About 10 – 20% of infected patients are symptomatic. Fulminant acute hepatitis occurs in 1% of all infected patients frequently with fatal outcome. In 5 – 10% of all patients, chronic inflammation of the liver may occur which can lead to the development of cirrhosis or primary hepatocellular carcinoma. Passive and active vaccines are available and should be offered to laboratory personnel.

Similarly to HCV, NAT also helps to reduce the diagnostic window significantly for HBV, however, not to the same extent. This is because of the lower and more slowly increasing virus concentrations in the blood of freshly infected patients and the shorter diagnostic window because of the HBsAg test which detects viral antigens instead of secondary antibodies against the virus.

Because of the greater prevalence worldwide and the presence of occult infections without HBsAg detection, especially in the late phase of the infection, the reduction in the residual risk can be even greater than for HCV, if the NAT test is suitably sensitive.

Human immunodeficiency virus type 1 (HIV-1) is the pathogen of the acquired immunodeficiency syndrome (AIDS). HIV-1 can be transmitted by sexual contact, by contact with infected blood or infected blood products, or in utero from an infected mother to the child. Within three to six weeks after exposure to HIV-1, infected individuals generally develop a brief acute syndrome characterized by flu-like symptoms and associated with high levels of viraemia in the peripheral blood.

In most infected individuals this is generally followed by an HIV-specific immune response and a decline in viraemia within four to six weeks of the onset of the symptoms. Currently there is no vaccine. Treatment with antiviral drugs prolongs and improves quality of life, but does not cure.

It has been possible to significantly reduce the risk of transmission of the virus by blood products thanks to serological screening tests. Yet this risk has not been completely eliminated.

HIV-1 p24 antigen tests can shorten the seroconversion window period, i.e. the time between infection and the occurrence of detectable antibodies against the virus, by some 5–6 days.

Investigations have shown that the residual risk of transmission can be even further reduced by tests which use nucleic acid amplification of the HIV-1 RNA. The use of tests based on nucleic acid amplification also allows for identifying viremic donations of HIV-1-infected persons who do not show a seroconversion or lack antibodies against the serological markers usually detected by immunoassays.

Human immunodeficiency virus type 2 (HIV-2) is the second pathogen of the acquired immunodeficiency syndrome (AIDS). It causes the same symptoms of illness as HIV-1, but in a weakened form. It is principally found in West Africa and is rarely imported from there to Europe or North America. The transmission routes are the same as those for HIV-1.

HIV-2 is detected together with HIV-1 by commercial screening enzyme immunoassays. It is differentiated over HIV-1 by means of a virus-specific confirmatory test (western blot).

Hepatitis A Virus (HAV)

The hepatitis A virus (HAV), a picornavirus, is predominantly transmitted by the faecal-oral route and is the pathogen for the epidemic hepatitis A.

Thanks to corresponding hygienic measures and vaccination programs it is rare in central and northern Europe and North America and is principally brought back from travel to the Mediterranean region, South-East Asia, South and Central America. Infections do not become chronic, and the  antibodies formed protect against reinfection for life. Effective passive and active vaccines, also used in conjunction with hepatitis B vaccines, are available and should be offered to laboratory personnel.

Parvovirus B19 belongs to the parvoviridae, erythrovirus genus, which reproduces in erythrocyte precursor cells. It infects the cells via the blood group P antigen as the receptor and causes transient anaemia, which can, in immunocompromised patients, lead to severe complications or even death. In children it triggers fifth disease and can lead to joint disease in adults. Infections during pregnancy can lead to miscarriage and hydrops fetalis (generalised accumulation of fluid over wide areas of the body of an unborn child). The usual course of the infection is, however, without symptoms.

The virus is predominantly transmitted by droplet infection and leads to levels of endemic infection of 60-80% of the adult population. Viraemia reaches very high concentrations of up to 1012 virus particles/ml plasma.

The naturally formed antibodies are neutralising and very quickly reduce viraemia. Low level viraemia can, however, persist for years. Transmission also occurs from inactivated blood products from a particular concentration in the source material. The reason for this is the high resistance to inactivation and high viral load of the non-enveloped single stranded DNA virus.

The hepatitis E virus (HEV) belongs to the hepevirus family (Hepeviridae) and was first detected in the early 1980s as another cause of hepatitis in humans.

HEV is a small, non-enveloped, icosahedral virus particle with a (+)ssRNA genome of 7.2 kb .

According to the current state of knowledge, genotypes 1 and 2 are only pathogenic for humans and are mainly distributed in tropical countries. The human-pathogenic genotypes 3 and 4 have a broad host range (including humans, pigs, deer, rabbits, rats, etc.), with the pig serving as the main reservoir for humans. While genotype 3 is distributed worldwide in almost all temperate zones, genotype 4 was originally only native to Southeast Asia. A special subgenotype 3rb has specialized in the close human-rabbit relationship.

The course of infection with HEV is similar to that of hepatitis A infections, but is more often asymptomatic. Only after an average of 6-7 weeks first symptoms, mostly flu-like, show up before the typical symptoms of liver inflammation such as jaundice appear. Mortality for genotypes 1&2 is 1-4%, but it is significantly higher in pregnant women at 10-20%. In genotypes 3&4, mortality is well below 1%.

In Germany, genotype 3 is endemic and is mostly transmitted through infected pork transferred to humans. The seroprevalence of the adult population in the Federal Republic of Germany is at around 17% and continues to increase with age. The rate of HEV-positive plasma donations in Germany is currently around 1:2000 to 1:5000.

West Nile virus (WNV) is an enveloped, single-stranded positive-sense RNA virus (ss(+) RNA). It is known since 1937 and belongs to the family of flaviviridae, the genus is flavivirus. Because the virus is transmitted by mosquitoes from one host to the next, it is classified into the group of arboviruses (arthropod-borne viruses). A relevant factor for human medicine are those species, which transmit the virus from its reservoir hosts (birds) to humans (e.g. Culex and Aedes genera).

Since one of the vectors – Aedes albopictus – has become resident in wide areas of Europe, endemic infections also occur in Europe and have spread increasingly since 2010 (see the website of the European Centre for Disease Prevention and Control, ECDC, http://ecdc.europa.eu/en/healthtropics/west_nile_fever/West-Nile-fever-maps).

Up to now, no genotypes have been defined for WNV. However, a number of main groups (known as lineages) have been distinguished. Both human-pathogenic lineages (1 and 2) are found in Africa and Europe, while lineage 1 is primarily found in America.
80% of West Nile virus infections follow an asymptomatic course. In the remaining cases, flulike symptoms, known as West Nile fever, occur. As WNV is able to pass through the bloodbrain barrier, encephalitis or meningitis are developed in rare cases (less than 1%), of which both can have a fulminant course of disease. The symptoms appear 3 to 14 days after infection. The course of the disease is generally more severe in persons over 50 years of age. By now, there is no treatment for West Nile fever but it is possible to alleviate the symptoms. In case of a severe disease, monitoring in hospital is reasonable.